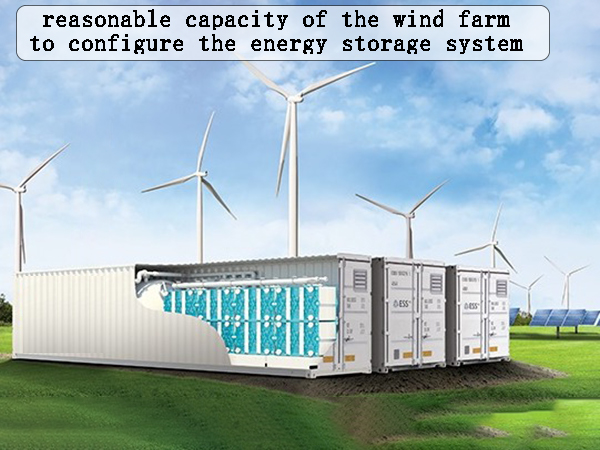 Making full use of wind energy to maximize the performance of equipment and reduce the consumption of traditional energy has become the primary goal of wind power plants after completion. However, the change of wind speed has a great influence on the output of the wind farm. The power grid must continuously, safely, reliably and stably provide users with high-quality electricity with qualified voltage and frequency. To achieve the goal of ensuring the safe and stable operation of the system and maximizing the use of wind energy, energy storage devices can be used. At present, there is no technical bottleneck in large-capacity energy storage technology, but the cost of energy storage is too high.

1. Traditional output strategies of wind farms
At present, there are two strategies to solve the unstable output power of grid-connected wind farms. One is that the wind turbine always runs in the maximum power point tracking (Maxinum Power Point Iracking, MPPT) mode. When the load is light (such as at night), part of the electric energy is stored, and when the load is heavy and weak wind is encountered, the energy is stored. The electrical energy in the device is used for compensation. Because the fluctuation characteristics of grid load are often not consistent with the fluctuation characteristics of wind power. This method still has the problem of how to reasonably select the size of the energy storage capacity. If the wind speed is particularly strong at night, a large energy storage capacity is required, otherwise, wind energy will be wasted, so it is easy to waste wind energy at night and insufficient energy storage during the day due to insufficient energy storage capacity. Another method is to use derating power generation, that is, under normal circumstances, the wind farm does not operate according to the maximum power point tracking method, but generates power according to a certain percentage of the maximum power. When the wind rises or falls, the power generation capacity is reduced or increased accordingly to slow down random fluctuations in power generation. But this method directly affects the efficiency of wind energy utilization, reduces operating profit, and has the problem of limited adjustment capacity.

It can be seen from Figure 1 that the output of the wind farm with an installed capacity of 103MW has the following characteristics:

② The variation law of wind farm output is completely different from that of system load. The wind farm has a large output at night and a small output during the day, and the load change of the system is just the opposite.

In order to obtain better benefits, the reasonable capacity of the energy storage system for the above-mentioned wind farms is determined below.

(1) Determine the energy storage capacity
It can be obtained from Figure 1 that the whole day’s power generation is 662 950kW·h, and the whole day’s average output of the wind farm is 27.623MW.

In order to ensure that the utilization rate of the fan can be improved, the stable output P of the fan is determined to be 27MW according to the average output of the fan.

According to the data in the attached table 6, it can be calculated that S=253 975kW h.

According to the data in the attached table 6, it can be calculated that S=239 025kW h.

(4) Determine the reasonable configuration capacity of the energy storage system
According to the above calculation results, it can be seen that S>S’, that is, the electric energy that needs to be stored can be fully supplied when the wind farm output peaks. Considering the charging and discharging efficiency and leaving a certain margin for the influence of other reasons, the reasonable capacity of the energy storage system is: