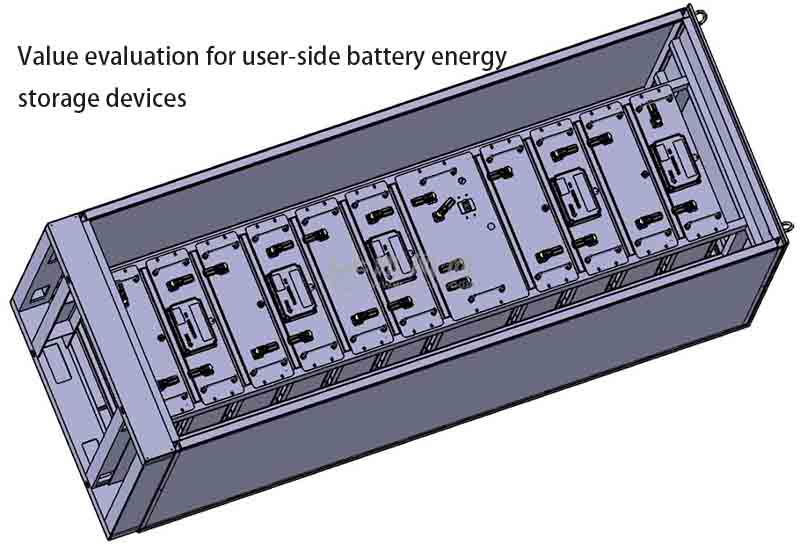 In the formula, P-the critical power required to flatten the load curve Pc=Pmax-Pa;
B—The unit cost of the user’s power distribution system (10,000 yuan/MW);
Ye – the fixed asset depreciation rate of the user’s power distribution equipment;
Pmax – the long-term maximum charge and discharge power of the battery pack (MW), that is, the rated power;
Pis – maximum daily load (MW);
7–The energy storage efficiency of the energy storage device, including the loss of the grid-connected equipment and the charge and discharge loss of the battery;
P.-The daily average power of the load, Equation (1) shows that when the energy storage capacity achieves complete peak shaving and valley filling, its role in reducing the construction capacity of the substation decreases as its capacity continues to increase.

In the current situation of insufficient power supply, if users shift the load from the peak period to the trough period, the electricity price per kWh can be significantly reduced. According to the lack of power supply in the power grid during the flood season mainly during the peak period of electricity consumption, in order to ensure the safe and stable operation of the power grid, reduce the power outages in disorder, and achieve “no power cuts due to power restrictions, no production reductions due to peak shifts”, the analysis of large industrial electricity customers The load law and characteristics of the grid, encouraging users to use low-valley electricity can help users reduce electricity bills, increase the load rate of the power grid accordingly, play the role of peak-filling and valley-filling, and enable both suppliers and consumers to obtain certain economic benefits from cost reduction benefit.

Since the basic electricity fee in the two-part electricity price is fixed, when calculating the basic electricity fee, the kilowatts of the maximum demand value of electricity or the kilovolt-ampere of the installed capacity of the electrical equipment shall prevail, and the actual electricity consumption shall prevail. It doesn’t matter. Thereby promoting the rational use of electrical equipment by users, while improving the power factor of electricity consumption and improving the utilization rate of equipment. For example, a factory has a 315kVA three-phase transformer, the original load is 210kw, the average power factor is 0.7, and now the production development load has increased to 280kw, whether it is necessary to increase the capacity of the transformer.

It is known by calculation: 0 When the load is 210kw, S=P/cosp=(210/0.7)kVA=300kVA, at this time the transformer can meet the power supply needs; ②When the load increases to 280kw, S=P/cosp=( 280/0.7) kVA=400kVA, the original transformer can no longer meet the normal power supply needs. If the method of increasing the transformer capacity is adopted, the basic electricity fee will be increased while the equipment investment is increased. If measures are taken to increase the average power factor from 0.7 to 0.9, then S=(280/0.9)kVA= 311kVA, and the transformer can meet the needs at this time, no need to increase the capacity. Thereby greatly reducing the cost of electricity.

After applying for a special distribution transformer, large and medium-sized users need to pay the basic electricity fee every month according to the maximum demand applied for, regardless of whether they use electricity or not. The installation of the energy storage system can cut off the bees and fill the valley, reduce the electricity load of users during peak hours, and at the same time can realize four-quadrant operation, smoothly adjust the reactive power of the load, thereby reducing the distribution and transformation capacity required by the distribution station. Correspondingly, the monthly capacity electricity fee that users need to pay is reduced. The corresponding annual return E2 can be expressed as (2):

In the formula, e, — the basic electricity fee that the user needs to pay according to the maximum demand [10,000 yuan/(Mw.year)].