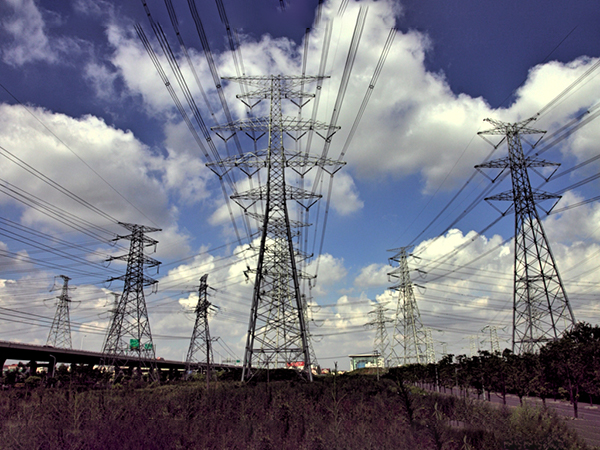 1) Generally speaking, mountains and natural gas storage wells are scarce in urban areas, and they do not have the geographical conditions for pumped storage and compressed air storage. When the pumped energy storage power station is put into operation, it must be equipped with two upstream and downstream reservoirs (upper and lower pools). The pumped energy storage equipment works in the state of electric motors during the low load period, and pumps the water from the downstream reservoir to the upstream reservoir for storage. When the load peaks, the pumped energy storage The equipment works as a generator and uses the water stored in the upstream reservoir to generate electricity. According to the presence or absence of natural runoff in the upper reservoir, it is divided into pure pumping, mixed pumping and water diversion pumped storage power stations. The site of the station strives for high water head, large power storage capacity, small leakage, short pressure water pipeline, and close to the load center. Shanghai is a plain area with no large mountains, basically no upstream and downstream reservoirs with large altitude differences, and no geographical conditions for the construction of pumped storage stations. The construction of pumped-storage power stations in places with suitable conditions in the surrounding areas of Shanghai can play a role in energy storage. However, long-distance high-voltage power transmission needs to be used to adjust the load on the power grid on the power supply side to improve the operation of the power grid. On the one hand, It increases the cost of power transmission and distribution facilities, and at the same time does not have the characteristics of battery energy storage to quickly adjust the load on the load side.

Compressed Air Energy Storage (CAES) is a gas turbine power plant. It mainly uses the surplus electricity from the grid load to compress air and stores it in a high-pressure sealed facility with a typical pressure of 7.5MPa. The electric peak is released to drive the gas turbine to generate electricity. In the process of gas turbine power generation, 2/3 of the fuel is used for air compression, and its fuel consumption can be reduced by 1/3, and the gas consumed is 40% less than that of a conventional gas turbine. At the same time, it can reduce investment costs and reduce emissions. CAES construction investment and power generation costs are lower than pumped-storage power stations, but its energy density is low and is limited by topographical conditions such as rock formations. Underground gas storage stations mostly use a variety of modes such as abandoned mines, gas storage tanks that have sunk on the seabed, caves, expired oil and gas wells, and new gas storage wells, but these conditions are not available in the Shanghai area.

The construction of battery energy storage station is like a substation. It can be built at any node in the power grid where there is no transmission congestion, and there is no special geographical requirement. It can be arranged in a substation, can be integrated in an electric vehicle charging station, and can be installed. In the user-side power distribution room, it can also be used in wind farms, with great flexibility and geographic adaptability.

2) Land use in urban areas is becoming increasingly scarce, which is suitable for the construction of battery energy storage stations. For example, in Shanghai, where the population density is high, commercial land and residential land are tight, it can be described as “an inch of money”. It is difficult to implement land expansion for power plants and substations, and people’s environmental protection requirements are getting higher and higher, and most residents resist Construction of power facilities in its surrounding areas. The peak load of the regional power grid is getting bigger and bigger, making the distribution density of the distribution stations required to increase, but the utilization rate of these distribution station equipment is decreasing year by year, and the economy is decreasing. The battery energy storage station can adopt a multi-layer three-dimensional design, which greatly saves land, adjusts the load on the spot, reduces the expansion of power distribution capacity, and can improve the utilization of power grid equipment.