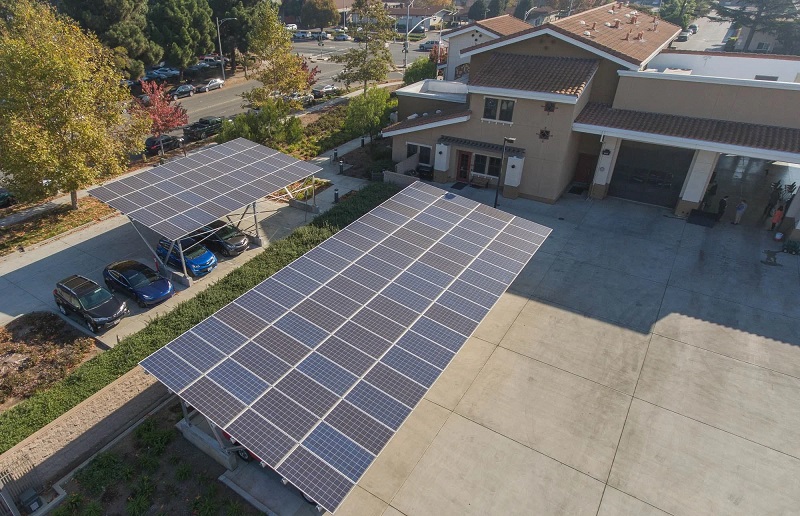 Since the 1990s, the United States has experienced several major power outages, which has made the power industry pay great attention to power quality and power supply reliability. Therefore, the research focus of the microgrid in the United States mainly focuses on meeting various power quality requirements, improving the reliability of power supply, reducing costs and realizing intelligence.

Distributed power generation and microgrid technology research in the United States is mainly carried out by the Electric Power Reliability Technology Solutions Association (CERTS), manufacturers (represented by GE), colleges and universities, etc., focusing on research on microgrids. CERTS first proposed the concept of microgrid, which is quite authoritative. In 2003, it described and summarized the main ideas and key issues of its microgrid in the white paper “Microgrid Concept” written for the US Department of Energy and the California Energy Commission. A series of problems such as definition, structure, control, protection and benefit analysis of CERTS microgrid in the United States are systematically summarized.

CERTS defines a microgrid as: A microgrid is a system composed of loads and micropower sources. It provides both electricity and heat at the same time. The power supply inside the microgrid is mainly responsible for the energy conversion by power electronic devices and provides the necessary control. Compared with the main grid, the microgrid is represented as a single controlled unit, and can simultaneously meet the user’s requirements for power quality and power supply security.

The preliminary theoretical research results of the CERTS microgrid have been successfully tested on the laboratory microgrid platform. In 2005, the research of CERTS microgrid has entered the stage of field pilot operation from the stage of simulation analysis and experimental research. The Mad River Microgrid built by the Northern Power System in the United States is the first microgrid pilot project in the United States. It is used to test the modeling and simulation methods, protection and control strategies, and economic benefits of the microgrid, and initially form the management of the microgrid. Policies and regulations, etc., to establish a framework for future microgrid projects. The DOE also co-funded a second “GE Global Research” program with GE, which aims to develop a Microgrid energy management (MEM) system, including performance and cost-optimized control of electrical and thermal energy. , grid connection control with public power grid and management of intermittent power generation of clean energy.

Other institutions have also carried out research on microgrids. For example, with the funding of the California Energy Commission, the Distribution Utility Associates of the United States has carried out a scientific research project called “Distribu-ted Utility Integration Test”. For the first time, a comprehensive test of the integration of distributed power into the public power grid is carried out, and a key technical problem is raised: the impact on the system when a large variety of distributed power is integrated into the power distribution system. This project conducts a comprehensive and in-depth experimental study on the feasibility and value of the integration of distributed power into the power distribution system. The National Renewable Energy Laboratory has completed verification of the installation and operation of a Vermont microgrid. DTE Energy uses the tool DEW developed by the American Electric Power Research Institute (EPRI) to focus on the quantitative analysis of the impact of distributed power on the distribution system; Modeling and simulation; analysis of microgrid voltage and harmonics, and fault analysis of multi-distributed power sources including fault characteristics research and relay protection adjustment. The development of these works has gradually enriched the basic theoretical system of microgrids and provided the basis for future microgrids. Key technological breakthroughs and pilot applications have laid the foundation.
At present, typical microgrid pilot projects in the United States include:

2) Palmdale’s Clearwell Pumping Station project. Equipped with 950kW fan, 200kW micro gas turbine, 250kW water turbine, it is self-sufficient through these distributed power sources, and has 800kW diesel engine backup power. Equipped with a 450kW energy storage system, the balance of the system is maintained through the coordination and control of supercapacitors and advanced power electronic equipment, and it is connected to the 480V low-voltage distribution network, which can operate independently or connected to the grid. The system is used to evaluate the role of energy storage equipment in improving the power quality of critical loads, and to demonstrate the role of the energy storage system in maintaining uninterrupted power supply to the load during the process of switching from grid power to backup power. The funding and operating agency is DOE.