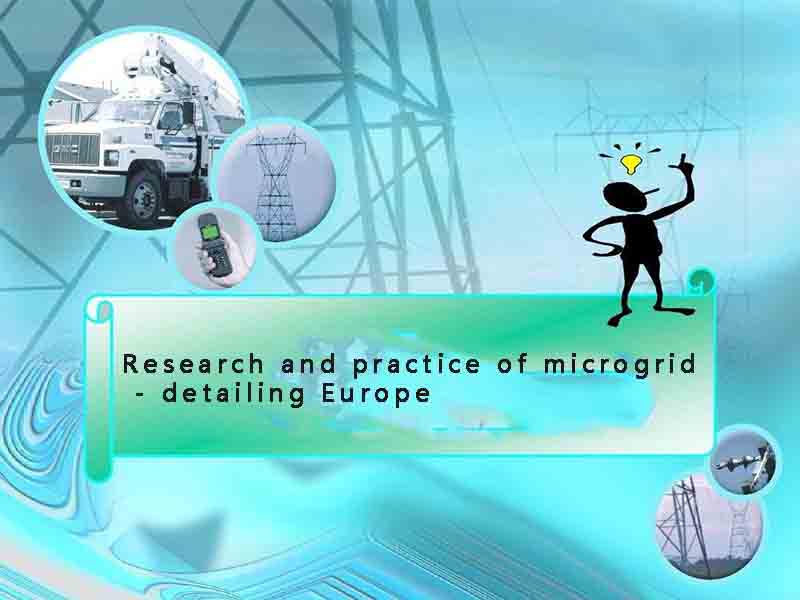 The access of distributed power sources has a profound impact on the power grid, which brings new challenges to the operation, control and protection of the power distribution network. Extensive and in-depth research was carried out. Among them, the three countries and regions of the United States, Europe and Japan are the most advanced in this technology field.

At the heart of European energy policy is the development of sustainable, competitive and secure energy. In recent years, European countries have paid more and more attention to the research of microgrid, and many countries have carried out many cooperation and discussions. The main consideration for the research and development of microgrids in Europe is to meet the user’s requirements for power quality, grid stability and environmental protection. All microgrid research plans revolve around reliability, accessibility, and flexibility. consider. The intelligentization of the power grid and the diversification of energy utilization will be the important features of the future power grid in Europe.

1) MICROGRIDS
The project proposes the concept of “micro-grid”, trying to connect the distributed power to the grid in the form of “micro-grid” and connect it to the grid to support each other with the power grid to give full play to the best performance of the distributed power. The participants of the project include the French EDF Power Company, PPC Power Company in Greece, EDP Power Company in Portugal, Manufacturers, Universities. The project achieved the following results: distributed power model and steady-state and transient analysis tools for simulating unbalanced operation of microgrids dominated by low-voltage inverters; islanding and grid-connected operation mechanisms; including hierarchical algorithms and distributed Algorithmic control algorithms; local black-start technology; distributed power interface response and functional requirements; grounding and protection schemes; quantitative analysis methods for reliability benefits; multiple laboratory microgrids with different structures and functions.

Various European institutions have also given different explanations for what a microgrid is. The European Commission Project Microgrids defines microgrids as: the use of primary energy and the use of micro power supplies, which can be divided into three types: uncontrollable, partially controllable and fully controlled, and can provide combined cooling, heating and electricity. Equipped with energy storage device, using power electronics for energy regulation.

From the perspective of reliability, the United Kingdom regards the microgrid as a part of the system. It has the advantages of flexibility and dispatchability and can provide strong support to the main grid in a timely manner. The difference between the scale system and the traditional power system is that the main provider of its power is the controllable micro power supply, and these micro power supplies may become loads in addition to meeting the load demand and maintaining power balance.

At the same time as the research, some European countries have built a number of microgrid pilot projects. The typical projects mainly include:

1) Greece, Kythnos Islands Microgrid project. It provides electricity for 12 households on the island, connected to the 380V distribution network, including 6 photovoltaic power generation units with a total of 11kW, a 5kW diesel engine, and a 3.3kW/50kW·h battery/inverter system. At present, it can only operate independently, and the research goal is to control the operation of microgrid to improve the system’s ability to meet peak load and improve reliability. Funded and run by ISET, Municipality of Kythnos and CRES.

2) Netherlands, Continuon’s MV/LV facility project. For resorts, there are a total of four 380V feeders, each about 400m long. Mainly photovoltaic power generation, a total of 315kW photovoltaic power generation units are installed. It can be run independently or connected to the grid. It is mainly used to test the independent operation performance of microgrids containing battery energy storage systems. Funded and run by Germanos EMforce.

4) Portugal, EDP’s Microgeneration facility project. The natural gas station grid connected to the 380V low-voltage network has an 80kw micro-turbine, and the excess power can be sent to the 10kV medium-voltage grid, or to the local low-voltage rural grid (3.45~41.5kVA), which can be connected to the grid or run independently. Funding and operating agency is EDP.