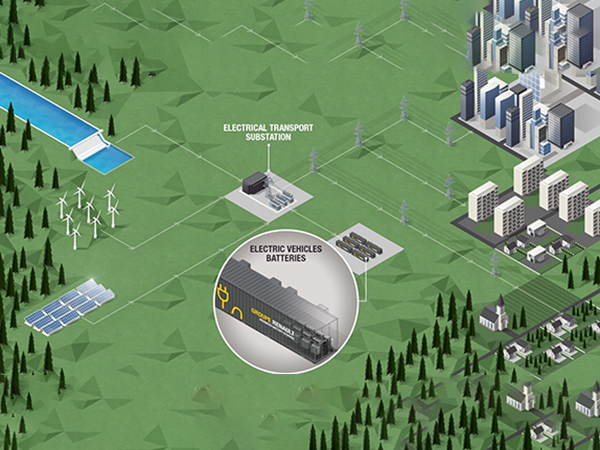 Safety, high quality, and economy are the basic requirements for the power system. In recent years, with the growth of global economic development and the implementation of market-oriented reforms of power companies, the operation and demand of the power system are undergoing tremendous changes. Some new contradictions have become increasingly prominent. The main problems are:
①The installed capacity of the system is difficult to meet the demand of peak load;
②The existing power grid lags behind the needs of users in terms of transmission capacity;
③The security and stability problems of complex large power grids are increasingly prominent after being disturbed;
④Users have higher and higher requirements for power quality and power supply reliability;
⑤The marketization of electric power enterprises prompts the users to need the support of energy management technology;
⑥ The influence of environmental protection and government policy factors on the development of the power system must be considered.

From 2000 to early 2001, the California power supply system in the United States experienced large-scale fluctuations in power prices and multiple power outages due to the increase in power demand exceeding the power supply capacity of the grid. Since 2002, there have been multiple provinces in China for four consecutive years. The situation of the city’s power cuts; other countries and regions in the world have also experienced power shortages to varying degrees. The power supply capacity of the system, especially the development of power transmission capacity and peak shaving power generation, has lagged behind the growth of electricity demand. It is estimated that this situation will exist for a long time, and it will bring potential threats to the safe operation of the power system.

Strengthening the construction of power grids (new transmission lines and conventional power plants), and striving to improve the power transmission capacity of the power grid, can ensure reliable power transmission to users under the premise of satisfying the safe and stable operation of the system. However, due to economic, environmental, technological, and policy constraints, the development of power grids can hardly keep up with the growth of user load demand. At the same time, power grids will inevitably have structural failures for a period of time or even for a long period of time during their large-scale development. Reasonable question; on the other hand, with the reorganization of power companies, in order to maximize the benefits, companies usually first choose to increase equipment utilization as much as possible, rather than investing in the construction of new transmission and distribution equipment and power plants. Therefore, it is difficult to effectively reverse the imbalance of power supply and demand in a short period of time by relying on the above-mentioned conventional means alone.

For a long time, power systems around the world have been following the development direction of a large power grid and large generating units, operating in accordance with a centralized transmission and distribution mode. The power plant injects electrical energy into the container, and the user draws the electrical energy from the container through the power distribution network. For this centralized transmission and distribution mode, due to the continuous growth of the power load in the interconnected large-scale system and the regional exchange power, the long-distance and large-capacity transmission of electric energy is inevitable, which greatly increases the complexity of the operation of the power system. Reduce the safety of system operation.

At present, the power system still lacks efficient active power adjustment methods and equipment. The main method used is generator capacity reserve (including spinning reserve and cold reserve), which makes it difficult for active power control points to fully comply with the requirements of system stability and economic operation. Layout. In some cases, even if the system has sufficient backup capacity, if the grid fails and the transmission capacity is reduced, and the backup unit is far away from the load center, the power of the backup capacity will be difficult to transmit to the load center in time, and the stability of the system cannot be guaranteed. Therefore, in the traditional power system, when a fault or a large disturbance occurs in the power system, the synchronous generator is not always able to respond quickly to the disturbance to maintain the system power balance and stability. At this time, it can only rely on load shedding or Cut off the generator to maintain the stability of the system. However, in the mode of interconnection of large power grids, local disturbances may cause a great impact on the stable operation of the entire power grid. In severe cases, system interlocking failures or even system crashes may occur. The major blackouts in the United States and Canada in 2003 are a painful lesson. If there are effective active and reactive power control methods to quickly balance the unbalanced power in the system due to accidents, it is possible to reduce or even eliminate the impact on the grid when the system is disturbed.

When a large system collapses due to the interlocking reaction of an accident, and a large-scale blackout occurs, it will cause inestimable economic loss and social impact. The increase of uncertain factors and unsafe factors in planning and operation poses more and more severe challenges to the security and stability control of the system. Regardless of whether it is a peak shaving problem or a stability problem, the root cause lies in the imbalance of energy, or the instantaneous imbalance in the production, transmission, and consumption of electric energy. Electric energy storage technology can provide a simple solution to the imbalance between power supply and demand. Various forms of energy storage devices can be used as loads to obtain electrical energy from the grid when the grid load is low, and change to generator operation at the peak of the grid load to deliver electrical energy to the grid. This method helps to reduce the power transmission network of the system. Loss, peak shaving and valley filling are implemented on the load to obtain economic benefits. If the energy storage device is used for system stability control, it is possible to use small-capacity energy storage, achieve greater power regulation through fast electrical energy access, and quickly absorb “surplus energy” or supplement “power shortage”, thereby Improve the operational stability of the power system.

Energy storage technology has been regarded as an important part of the six major links in the process of power grid operation: “production, transmission, distribution, use and storage”. After the energy storage link is introduced into the system, demand-side management can be effectively realized, the peak-valley difference between day and night can be eliminated, and the load can be balanced. As a means to improve the stability of the system, adjust the frequency, and compensate for load fluctuations. The application of energy storage technology is bound to bring about major changes in traditional power system design, planning, scheduling, and control.