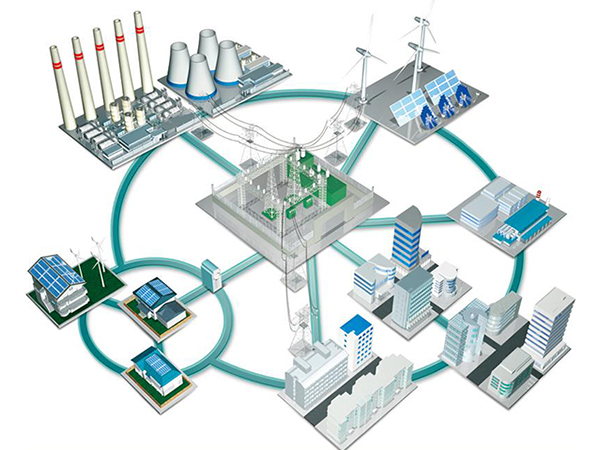 (1) Pumped storage power station
When the load is low, the pumped energy storage equipment of the pumped-storage power station works as an electric motor, pumping water from the downstream to the upstream, converting electrical energy into the potential energy of water; at the peak of the load, the pumped energy storage equipment works in the generator State, under the upstream water flow, the potential energy of the water is converted into electrical energy through a generator. It is the most mature and widely used energy storage method in the current power system. The main application areas of pumped storage include peak shaving and valley filling, frequency modulation, phase modulation, emergency backup, black start, and provision of system backup capacity. It can also improve the operating efficiency of thermal power plants and nuclear power plants at the power generation end. Pumped storage power plants can respond quickly within a few minutes when there is a sudden change in the grid load. This is unmatched by other types of power plants. If a small power supply network is combined with wind power generation and solar power generation, it can also be used in remote areas. Regions or islands. At the same time, pumped-storage power stations can reasonably design the capacity of reservoirs according to the amount of stored electric energy. In the current large-scale development and construction of wind, solar power and nuclear power, pumped-storage power stations serve as a guarantee for the safe and reliable operation of the power grid and become the power grid. An indispensable part. However, pumped storage is greatly affected by various aspects such as geographical location, ecological environment and construction period (generally 4 to 5 years).

(2) Flywheel energy storage
When the load is low, the surplus electric energy in the grid drives the flywheel to rotate, storing energy in the form of kinetic energy, completing the conversion process of electrical energy to mechanical energy; at the peak of the load, the high-speed rotating flywheel acts as the prime mover to drive the generator to rotate and generate electricity. The converter outputs current and voltage to complete the process of releasing energy from mechanical energy to electrical energy conversion.

The first compressed air energy storage power station was built in Huntorf, Germany, and was put into use in 1978. Its main function is to serve as emergency backup power or balance load. This system can supply 290MW of power within 2h. The second compressed air energy storage power station was built in 1991 and is located in Alabama, USA. It stores compressed air in a waste salt mine with an underground depth of 450m. The system can provide a 110MW gas turbine with continuous compressed air for 26 hours. Japan started construction of the Mitsui Sunagawa Gas Storage in Hokkaido in 1998 and was put into use in 2001 with an output power of 2MW. In addition, Canada, the United Kingdom, France and other countries have also been committed to the development and research of compressed air energy storage for a long time. The advantage of compressed air energy storage is that the fuel consumption during power generation is reduced by 1/3 compared to gas turbine units for peak shaving, and the gas consumption is 40% less than that of conventional gas turbines. The construction investment and power generation costs are lower than pumped storage power plants, and the safety factor is High and long life; the disadvantage is that its energy density is low, and it is restricted by the geographical environment (such as rock formations and other topographical conditions). As the proportion of distributed energy in the power grid increases, miniaturizing compressed air storage and increasing the pressure of energy storage are the future development directions.