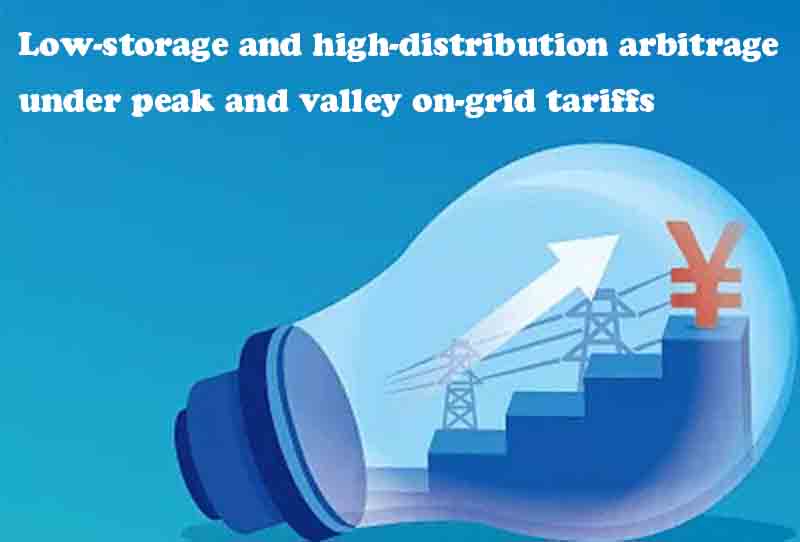 From the perspective of risk, there are four main problems in the connection of wind power under China’s current power structure:
1) There is no effective risk sharing mechanism. The current benchmark on-grid tariff policy and the management method of “full guaranteed purchase” of wind power make the risk of wind power fluctuation completely borne by the power grid company. Due to the failure to establish an effective risk sharing mechanism, it is impossible to fundamentally mobilize the enthusiasm of power grid enterprises.

3) Lack of motivation provided by balanced resources. There are many power plants with regulating capability in the market, which play an integral role in the balance of active and reactive power in the system. Because there is no good incentive mechanism, they are mostly free to participate in the system balance, and their subjective initiative is poor.

4) Lack of price signals to guide wind power behavior. The fixed benchmark on-grid electricity price not only ensures the return on investment of the wind farm, but also isolates the wind farm from the market signal. The wind farm cannot respond to the market price signal, and it is easy to increase the peak-to-valley difference, which makes the anti-peak adjustment effect obvious.

Aiming at the four problems summarized above, the following possible solutions are proposed:
(1) Establish a reasonable risk sharing mechanism
China’s current electricity price policy for wind farms is a fixed benchmark on-grid electricity price, which plays an important role in promoting wind power investment, as evidenced by the rapid growth of China’s wind power installed capacity in recent years. Through the research on the development of foreign wind power industry, we can see that many foreign countries have adopted similar methods in the early stage of wind power development. However, this measure makes the risk of wind power fluctuation completely borne by the power grid company.

With the continuous expansion of the proportion of wind power access, the irrationality of this risk allocation method will gradually become prominent. An improved point of view is that the system should not unconditionally accept wind power fluctuations, there should be a range, the part within the range is free, and the part beyond it will be charged. Compared with Germany’s electricity price policy for renewable energy, Spain has made improvements. It is also a fixed electricity price policy. Spain also stipulates that the system provides power balance free of charge.
The range is 20% for wind power and solar power, and 5% for other new energy sources. Anything beyond this range is charged to renewable energy generators, currently 7.8 euros/kw.h.

According to the specific situation in China, the following improvement measures are available;
1) The part of the fluctuation beyond the range (such as 25%) is still handled by the dispatching department, but the wind power supplier needs to pay for it.

(2) Reducing the risk of wind power access to the system from a technical point of view The fluctuation and intermittency of wind turbine output will inevitably bring risks to the system operation, which are reflected in the problem of frequency regulation, peak regulation, and reactive power compensation. It also includes the security and stability of the power grid.

In addition to starting from the system itself, wind power companies should also be encouraged to reduce the risk of wind power access from a technical perspective. It mainly includes 3 aspects:
1) Improve the accuracy of wind power prediction. The output volatility is an inherent property of wind turbines, but the predictable volatility can control the risk of system operation.

3) Add an energy storage device to stabilize the output fluctuation of the wind turbine. In recent years, with the development of materials science, battery technology and power electronics technology, many efficient energy storage devices have emerged, such as flywheel energy storage, all-vanadium flow and sodium-sulfur energy storage, superconducting energy storage and supercapacitor energy storage Wait. Efficient energy storage devices can not only reduce the impact of wind power fluctuations on the power grid when wind speed disturbance occurs in daily operation, but also improve the stability of the system under fault conditions. In order to incentivize reducing the risk of wind power connection from a technical point of view, two approaches can be adopted: one is to write the factors that have a greater impact on the security of the power grid into the grid connection rules, and to regulate the behavior of power generators; And the wind turbines participating in the system stability control are given certain economic subsidies.

(3) Establish an auxiliary service market to ensure the supply of balanced resources The establishment of an auxiliary service market can motivate power plants with adjustment capabilities to actively participate in the system balance, and reflect the value of balanced resources with different performances (divided by response time) from the price. This move can not only mobilize the enthusiasm of power plants, but also the ancillary service market with good liquidity will also reduce the cost of balancing services and ensure the maximization of social benefits.

(4) Implement peak-to-valley benchmark on-grid tariffs for wind power
Considering that the peak-valley characteristics of wind farm output are often opposite to the peak-valley characteristics of load, and its anti-peak shaving effect is obvious, a bee-valley benchmark on-grid tariff for wind power can be implemented, and market price signals are used to guide wind farms to participate in peak shaving. For example, when the load is at a valley, the wind farm output may be at a peak. If the electricity price in the wholesale market is low at this time, the wind farm can fully respond to the market price signal, reduce its own output, and reasonably “abandon the wind” to weaken the effect of anti-peak regulation.

At present, China learns from the policies and measures adopted in the early stage of wind power development in western developed countries, and implements a benchmark on-grid tariff policy for wind power, which is a safeguard policy when the scale of wind power development is small in the early stage. However, the anti-peak shaving characteristics of wind power will lead to the shutdown of thermal power units or reduce the output operation when the load is low, and the coal consumption rate will greatly increase, which will greatly reduce the operating economy of the system. At the same time, wind power is regarded as garbage power by power grid companies, and large-scale access to the grid will affect the safe operation of the power grid, so it is often restricted.

Under the fixed on-grid tariff mechanism, the use of energy storage systems in wind farms to store electricity during load troughs (usually wind power peaks) and discharge during load peaks (usually wind power troughs) will not generate economic benefits for wind power companies and cannot motivate them. Take technical means to improve the quality of wind power. With the battery energy storage technology becoming more mature and the cost gradually decreasing, if a reasonable peak-to-valley electricity price can be implemented for wind power, on the one hand, the price signal can be used to guide the wind farm to participate in peak regulation, reduce the peak regulation pressure on the power supply side and the power grid, and optimize the On the other hand, it can reduce the impact of wind power on the power grid, ensure the safe operation of the power grid, and improve the enthusiasm of the power grid to accept wind power. Therefore, this section assumes that the peak-valley electricity price on the sales side is used as a reference to set the wind power price, and analyzes the incentive effect of the peak-valley difference of the on-grid electricity price on the construction of energy storage. Then the arbitrage of the energy storage system in the i-th period through low storage and high issuance is (2):