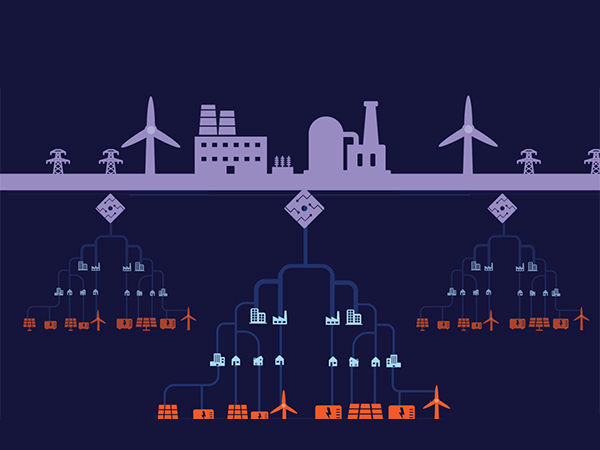 In urban power grids, the daily maximum load of the summer peak power consumption generally occurs around noon, but the curve between the noon peak and the light peak is flattening day by day, and the daily maximum load in some residential areas has appeared during the night light peak period. The continuous increase of air conditioning cooling load and the continuous increase of its proportion have become a major feature of recent changes in the characteristics of electrical load. Below we will take Shanghai, China as an example.

①The peak load increases rapidly, and the load peak-to-valley difference is increasing day by day
Urban construction and the improvement of residents’ living standards have not only increased the load on the urban power grid at a higher rate, but also increased the peak-to-valley difference in the use of electricity. Taking Shanghai as an example, the annual peak of electricity consumption has developed from one peak in summer to two peaks in summer and winter. The daily electricity load curve has also changed significantly, from the original “hump” shape of the two peaks in the morning and evening, the load between the two peaks tends to be flat, and the duration of the daily peak load is prolonged. The influence of climatic factors on the change of the power load curve becomes more and more obvious, and the temperature sensitivity of power demand increases. When the daily maximum temperature is above 30℃, the daily maximum load will increase by about 700MW for every 1℃ increase in the working day temperature. High temperature working days (≥ 35℃) The average maximum power load is 24 033MW. The summer cooling load in the commercial industry and residential life of the highest load has accounted for 40% to 45% of the highest load. The continuous growth of this part of the load has caused the increasing peak-to-valley difference. Increase.
In 2010, the historical maximum load of Shanghai Power Grid was 26.212 million kW, an increase of 2.413 million kW from the 2009 maximum power load of 23.799 million kW, an increase of 10.14%, and the minimum load was about 56% of the maximum load. The daily peak-to-valley difference The rate is as high as 44.3%, and the highest output of the local unit has reached a record high of 17.764 million kW. The peak of electricity consumption in Shanghai is mainly distributed in summer, and the electricity load is closely related to temperature changes. According to estimates, the air-conditioning cooling load in Shanghai in the summer of 2009 has exceeded 10 million kW, accounting for about 42% of the highest electricity load of the power grid. The appearance of high temperature in summer will lead to a substantial increase in the maximum load of the entire grid, and at the same time, the peak-to-valley difference of the grid will continue to increase. The duration of high temperature weather is relatively not too long, so the maximum load utilization hours of the power grid and the load rate of the power grid are greatly reduced. The electricity consumption, power generation and power reception in Shanghai in 2010 are shown in Table 1.

Since the 1990s, Shanghai’s installed capacity has developed rapidly, and the constraints of power capacity on the development of the national economy have been basically eliminated. In the stage, only low peak-shaving capacity is provided, which makes it more difficult for the power grid to peak-shaving, resulting in problems such as low load reduction and low-efficiency operation of coal-fired units, and poor safety and reliability of the power systems.