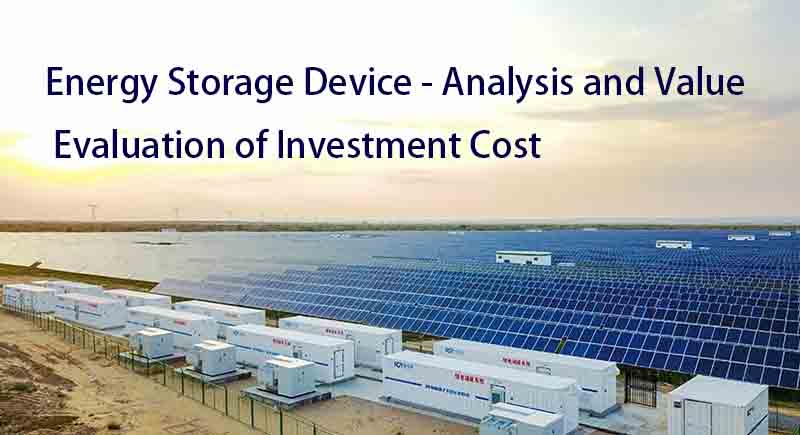 Because the life cycle of battery pack is different from that of station site cost and grid connected equipment cost, the service life of battery pack is generally half of that of grid connected equipment, which is 15 years. Therefore, the depreciation rate of fixed assets is different. Based on the service life of the whole energy storage station of 30 years, the battery pack needs to be completely replaced in the 15th year, with additional secondary investment.

At present, several battery energy storage technologies with mature technology and high voice are mainly sodium sulfur battery, lithium battery, nickel hydrogen battery and liquid flow battery. They are applied to the power system and have the same function. The main difference lies in their energy storage efficiency and unit cost of battery. According to the technical parameters and unit cost of various battery energy storage technologies, T-8 is obtained through model analysis, From their economic value curve, we can see that at present, sodium sulfur battery has the best economy, followed by lithium battery, and liquid flow battery has the worst economy. Click here to open to learn more about batteries.

Based on the analysis that the newly built energy storage capacity of Shanghai in the 12th Five Year Plan is 30MW, since the valley load duration of the power grid is 8h, t-8h is taken. At present, among these batteries, sodium sulfur battery has the lowest cost, so it has good economy. However, compared with its high one-time investment cost of 782 million, without considering its tax rate and annual depreciation loss rate, its annual return on investment is relatively low, only 5.5%, only slightly higher than the bank interest rate. After taking into account the tax payable, the energy storage device is in a state of loss. Moreover, only E1, E2 and E are benefited by power grid companies, while E3 and es are benefited by power plants and users respectively. Therefore, under the current conditions, the application and promotion of battery energy storage technology still needs national policy support.

Through the analysis of various values of battery energy storage devices in distribution network, we can draw a conclusion:

1) According to the current research on the application of battery energy storage, the role of battery energy storage device in other aspects, such as restraining low-frequency oscillation, improving transient voltage stability and frequency modulation, is obvious, but the benefits generated by this part of the role are difficult to be measured by economic indicators. This project only evaluates its static economic benefits, so the value obtained will be lower than the actual economic benefits.

Read more: What is a reasonable capacity for a wind farm to deploy an energy storage system?