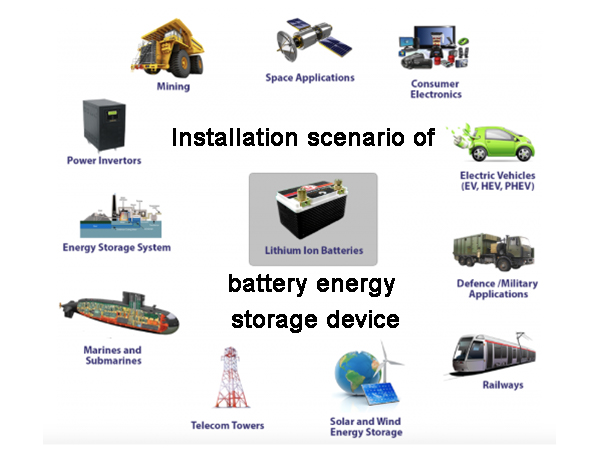 ①Apply to distribution network substation
The power grid company alone invests in construction and operation scheduling. On the one hand, the power grid company can use its low storage and high power generation to achieve peak-shaving and valley-filling, relieve the power supply pressure of the power grid during peak load, delay the expansion of distribution network capacity, and increase the utilization rate of distribution network equipment. Reduce the cost of power grid operation. At the same time, because more low-priced electricity is purchased during peak hours, the high-priced electricity that the grid needs to buy during peak hours is reduced, thereby reducing the power purchase cost of the grid company. Energy storage stations can provide auxiliary services such as frequency modulation, reactive power support, and backup, which can reduce the auxiliary service fees that grid companies need to pay. On the other hand, energy storage stations can quickly adjust active and reactive power, which can improve power quality. At the same time, they can perform voltage control and power flow management in response to most faults in the distribution network, thereby improving the safety of the distribution network. Operational performance. Because the capacity used for peak shaving needs to be relatively large to have a more obvious effect, and lead-acid batteries are poor in environmental protection and have been gradually eliminated. Therefore, it is advisable to use energy storage technology with large specific capacity such as sodium-sulfur battery.

②Apply to the user side
For large users with high power supply reliability requirements and large load peak-to-valley differences, storage batteries can be used to improve power supply reliability. For example, large hospitals have very high requirements for power supply reliability. Battery energy storage can be used as a UPS to quickly transfer to the power storage station power supply state at a millisecond switching speed when power supply fails to ensure uninterrupted power supply for electrical equipment. In some high-tech enterprises, a power outage of one-tenth of a second will result in a large number of product scraps, with losses of up to tens of millions of yuan. The storage battery can ensure the continuity of production and power supply. At the same time, after large users install battery energy storage stations, they can reduce the redundancy of the power distribution system to improve the reliability of power supply, save capacity investment, and under the two-part electricity price, the power distribution capacity is reduced, and the monthly payment is required The cost of capacity has also been reduced, which can reduce the cost of capacity electricity on one side, and on the other hand, reduce the cost of electricity purchase by purchasing more low-priced electricity and reducing the number of high-priced electricity purchases.

③Apply to large-scale new energy power generation
At present, large-scale new energy power generation is mainly wind power and solar power. Generally, it is connected to the distribution network. When the scale of wind power reaches the capacity limit of the distribution network, it will cause the safety of grid operation. At the same time, when wind power peaks are mostly at night load valleys, the grid capacity will be further reduced, and wind will have to be abandoned. The construction of battery energy storage stations in wind farms can store surplus wind power at night to achieve day and night peak shaving and filling. At the same time, it can effectively improve the quality of wind power, and reliably solve the problem of low voltage ride through and reactive power compensation. It can not only increase the power generation of the wind farm, increase the benefits of the wind farm, but also improve the operation of the wind farm and reduce the supply of wind power to the grid. Risks brought by operation. From the perspective of the development of energy storage technology abroad, the operation mode of wind farm combined with vanadium battery energy storage system is mostly adopted.