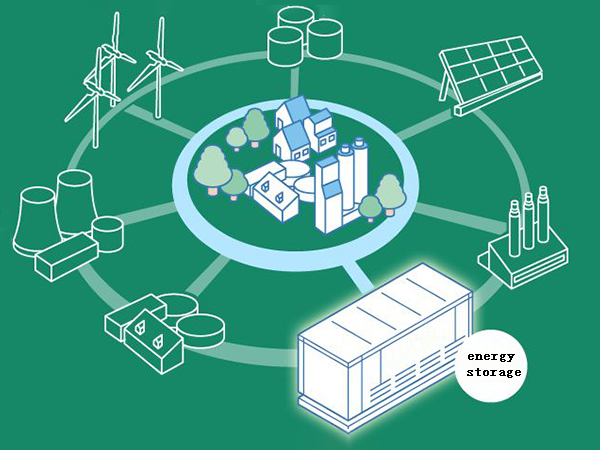 Battery energy storage is mainly through the oxidation-reduction reaction of the positive and negative electrodes of the battery for charging and discharging. The battery energy storage system (BESS) is composed of batteries, DC-AC inverters, control devices and auxiliary equipment (safety and environmental protection equipment), and is currently the most widely used in small distributed power generation systems. According to the different chemical substances used, batteries can be divided into lead-acid batteries, nickel-cadmium batteries, nickel-hydrogen batteries, lithium-ion batteries, and so on.If you want to buy various types of batteries, you can check this website to see if there are suitable ones.

Traditional battery energy storage has many problems such as high initial investment, short life span, and pollution to the environment. It is worth noting that the lithium-ion battery is a new type of high-energy secondary battery that has emerged in recent years. It was first introduced by Japan’s Sony in 1992. Because of its high working voltage, small size, high energy storage density (300~400kW·h/m3), no pollution, long cycle life (each discharge does not exceed 80% of the energy storage, it can be charged 3000 times), etc. People value and welcome. In addition, the charge-discharge conversion rate of lithium-ion batteries is as high as over 90%, which is higher than the conversion rate of pumped storage power stations, and also higher than the power generation rate (80%) of hydrogen fuel cells. At present, traditional lead-acid batteries are more commonly used in distributed power generation systems when using storage batteries. Various advantages make lithium-ion batteries play an increasingly important role in future distributed power generation and energy storage. Other new types of batteries developed in recent years include sodium-sulfur batteries and vanadium batteries.

In addition to being used in distributed power generation systems, battery energy storage is also used for peak regulation and frequency control in power systems. In order to improve the power grid’s ability to withstand power outages, the Alaska Power Grid has installed an online battery energy storage system that can provide peak power of 26.7MW. The system costs 30 million U.S. dollars and can reduce the possibility of a major power outage by more than 60%.